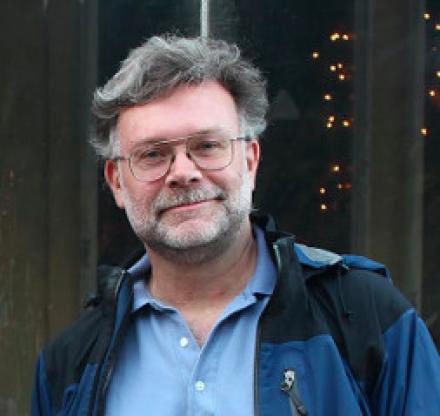 Member-at Large
Lance Benner is a scientist at NASA's Jet Propulsion Laboratory, California Institute of Technology, where he specializes in radar observations of near-Earth asteroids. He received an A.B. in Physics at Cornell University in 1987 and a Ph.D. in Earth and Planetary Sciences at Washington University in St. Louis in 1994. He has been at JPL since 1995.

Lance leads birding trips for the Pasadena Audubon Society, serves on its board as a member-at-large, and has given talks at southern California Audubon chapter meetings on owls of southern California, red crossbills, birds of Puerto Rico, birds of Guatemala, and birds of Chile. Lance regularly contributes to the online databases eBird.org (observations, photos, and audio recordings) and Xeno-Canto.org (audio recordings). Lance conducts an annual USGS Breeding Bird Survey in the San Gabriel Mountains and participates in the Pasadena and Malibu Christmas Bird Counts.